What’s less known is that at the centre of the Israeli economic success story lies a thriving metropolis – Tel Aviv – which ranks as the 5th most innovative city in the world.


And at the centre of that centre, you’ll find Tel Aviv University (TAU).


TAU represents Israel at its best – dynamic, ingenious and forwardlooking.


Established in 1956, TAU has evolved into Israel’s most diversified and influential university, with 30,000 students enrolled across the spectrum of the sciences, humanities and arts.


TAU is ranked by Reuters as a top 100 World Innovation University and number one in Israel.


It places 9th globally, and first outside the US, in producing VCbacked startup founders.


Translating lab finds The focus on entrepreneurship and innovation is a key aspect of the campus experience.


Researchers and students are encouraged to think «translationally» – that is, to translate ideas and lab discoveries into products that will improve the world.


For example, one TAU software engineer has transformed his new Internetmonitoring technique into a company for keeping companies safe from cyberattacks.


Another researcher, in biomedicine, has developed a 3D imaging system that can be used by doctors as a powerful diagnostic tool for cancer.


Over the years, TAU’s intellectual property arm, Ramot, has spun off about 100 companies and patented almost 2,500 inventions.


Mentoring innovators TAU also hosts on campus Israel’s largest nonprofit entrepreneurship centre, StarTAU, which was set up by a TAU alumnus to provide training and mentoring to aspiring company founders.


StarTAU directs its services to TAU students and graduates together with young business people from the community.


It even offers customised seminars to groups from countries outside Israel.


Now, StarTAU plans to join forces with Tel Aviv University to set up a major innovation centre that will establish an accelerator and a business incubator, as well as offer academic courses on entrepreneurship to any student in any field.


Working together Another integral part of the campus culture is bringing scientists together from among TAU’s 128 departments to work together on solving some of the most complex questions of our times.


In the field of food security, for example, one team is developing a «super wheat» that could save 15 to 50 million tons of wheat lost to devastating rust diseases annually.


The team finds beneficial traits in the wild grains, like resistance to disease and drought, and reintroduces them into domestic crops.


Other recognised centres of collaborative excellence range from brain studies, nano and renewable energy to archaeology and Jewish studies.


Ties with China and beyond TAU’s scientific work is reinforced through ties with the world’s leading research institutions in North America, Europe and East Asia.


The TAUChina friendship is growing closer by the day, and includes a wideranging collaboration in applied technological fields with Tsinghua University, agricultural cooperation with Peking University, and close relations with 30 other leading Chinese universities.


Students come for the highquality academics and go home enthusiastic advocates of Israel’s friendliness and Tel Aviv’s energy – and magnificent beaches! The Hong Kong Friends of Tel Aviv University, chaired by Sharon Ser and with Avi Nagar as board member, will be launched on 25 February, 2016, at the China Club.


Keynote speaker Uri Levine, a TAU graduate, will talk about WAZE, the navigational app he cofounded and sold to Google for over US$1 billion. 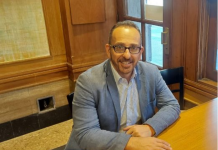 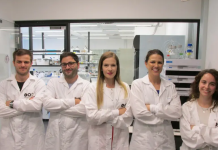